• My heart breaks at violence in South Sudan, says Archbishop of Canterbury (4 Feb 2023) Pope Francis asked the Anglican archbishop of Canterbury and the moderator of the Presbyterian Church of Scotland to join him for his usual post-trip news conference on their flight back to Rome from Juba, South Sudan, Feb. 5.

At the end of six days in African countries bloodied by war and conflict, Pope Francis said that “the biggest plague” afflicting the world today is the weapons trade.

Tribalism with its ancient rivalries is a problem, he told reporters Feb. 5, “but it is also true that the violence is provoked” by the ready supply of weapons and that making it easier for people to kill each other just to make money “is diabolical — I have no other word for it.” The Archbishop of Canterbury has said “my heart breaks with sorrow for South Sudan” amidst ongoing violence and sectarian conflict in the country. Preaching at All Saints Anglican Cathedral in Juba this morning, the Archbishop urged those who have committed “secret crimes and evil deeds” to ask for God’s mercy and transformation and prayed they would know the “infinite love of Christ”. The Archbishop is currently on a historic three-day Pilgrimage for Peace to South Sudan with Pope Francis and the Moderator of the Church of Scotland. Pope Francis tells the leaders of divided South Sudan that future generations will either venerate their names or cancel their memory, based on what they do now, and he issues an appeal “to leave the time of war behind and let a time of peace dawn.” The President and the Vice Presidents of South Sudan have it within their “reach” to extend justice and compassion to all the people of the world’s youngest nation, the Moderator of the General Assembly has said. Addressing President Salva Kiir Mayardit and his Vice Presidents in Juba this afternoon, Rt Rev Dr Iain Greenshields told them that the world “needs churches and leaders who are generous of heart, liberal of love, and profligate with God’s grace.” The 18th plenary meeting of the Anglican Consultative Council will take place in Accra, Ghana, from 12 to 19 February. The Anglican Consultative Council (ACC) is one of four “Instruments of Communion or “Instruments of Unity” of the global Anglican Communion of 42 autonomous and interdependent-yet-interdependent Churches present in more than 165 countries. The Archbishop of Canterbury, the Most Revd Justin Welby, is President of the ACC and will join other members of the ACC in Accra for this month’s meeting. Before beginning their ecumenical pilgrimage of peace to South Sudan, Pope Francis and the leaders of the Anglican Communion and the Presbyterian Church of Scotland asked Christians around the globe to accompany them with prayers. Pope Francis is scheduled to fly first to Congo for a visit Jan. 31-Feb. 3 before meeting up in Juba, South Sudan, with Anglican Archbishop Justin Welby of Canterbury and the Rev. Iain Greenshields, moderator of the Church of Scotland. About 60% of South Sudan’s population is Christian, and the leaders’ three denominations are the largest in the country. In South Sudan, “the Church speaks with one voice for peace,” says Presbyterian leader about the upcoming trip with Pope Francis. From February 3 to 5, the Moderator of the Presbyterian Church of Scotland, the Right Reverend Dr. Iain Greenshields, will join Pope Francis and the Archbishop of Canterbury, Justin Welby, on a “pilgrimage of peace” to South Sudan. The three Christian branches have worked together for several years to promote peace in the youngest state in the world, which continues to be troubled by conflict since its independence in 2011. Braving a volatile political and security situation, Pope Francis embarks on a long-anticipated journey of unity and reconciliation to two African countries wracked by bitter divisions, warring factions and humanitarian crises seldom on the radar of international power brokers.

The Pope will travel first to Kinshasa, capital of the Democratic Republic of Congo, on Jan. 31 before proceeding to South Sudan from Feb. 3-5. In the latter country, he will be joined by the archbishop of Canterbury, Justin Welby, and the moderator of the Church of Scotland, Iain Greenshields, in what has been described as an ecumenical pilgrimage to facilitate a peace process that has been moving at a glacial pace following 10 years of a brutal civil war.

Brothers and Sisters on a Pilgrim Journey: Methodists and Anglicans and the Catholic Church
27 January 2023 • Persistent link: iarccum.org/?p=4354 •

The language of walking and pilgrimage has been used for many years regarding the deepening of ecumenical relationships. For example, when Pope Francis received the Archbishop of Canterbury, Justin Welby, in June 2014, he ended his address by saying, “we must walk together.” Two years later, in the [Common] Declaration issued by the Holy Father and the Archbishop at the Church of Saint Gregory, the two leaders said that fifty years of dialogue enabled their two communions to see themselves as “partners and companions on our pilgrim journey.” Also in 2016, the bishops of the International Anglican-Roman Catholic Commission for Unity and Mission (IARCCUM) issued an appeal entitled, Walking Together: Common Service to the World and Witness to the Gospel, declaring that “Anglicans and Roman Catholics walk together by faith, guided and strengthened by our Lord who walks the pilgrim path with us.” Pope Francis, the leader of the Roman Catholic Church; Archbishop Justin Welby of Canterbury, UK; and Rt. Rev. Iain Greenshields, moderator of the general assembly of the Church of Scotland; will travel to the world’s youngest nation on 3- 5 February on a spiritual and peace mission.

Barely a week to the visit, Juba, the capital city has been exuberant, with billboards coming up and flowers being planted. Roads are being tarmacked and churches renovated in preparation for the rare and unique visit. T-shirts with images of the leaders have also appeared, as traders in the markets increased stocks of Christian items related to the visit, including tiny crucifixes and rosaries, according to sources in the capital. 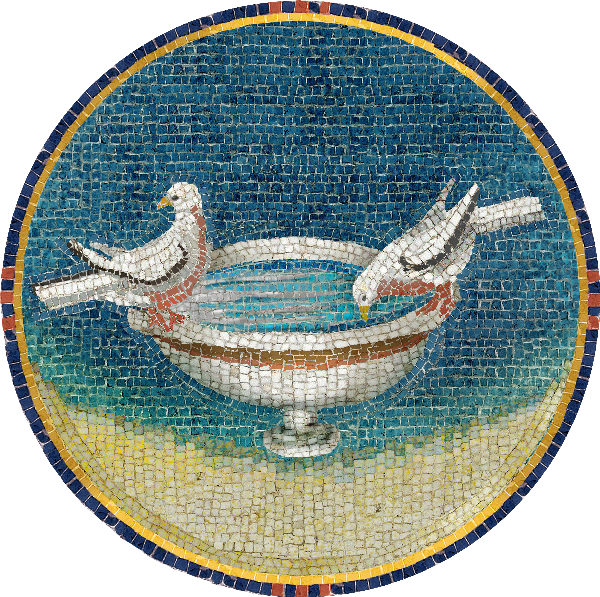 Pope Benedict XVI is rightly remembered not only as a gentle pastor but as a dedicated upholder of Catholic teaching. He was also committed to the ecumenical dialogue between the Roman Catholic Church and other Christian Churches, including the Church of England and the Churches of the Anglican Communion. When he visited Lambeth Palace in 2010 as part of his State Visit to the United Kingdom, he told a gathering of Roman Catholic and Anglican bishops, “I wish to join you in giving thanks for the deep friendship that has grown between us and for the remarkable progress that has been made in so many areas of dialogue during the forty years that have elapsed since the Anglican-Roman Catholic International Commission (ARCIC) began its work. Let us entrust the fruits of that work to the Lord of the harvest, confident that he will bless our friendship with further significant growth”. Statement by the Archbishop of Canterbury on the death of Pope Benedict XVI
31 December 2022 • Persistent link: iarccum.org/?p=4347 •

Today I join with the church throughout the world, and especially with the Holy Father, Pope Francis, and all in the Catholic Church, in mourning the death of Pope Emeritus Benedict XVI.

In Pope Benedict’s long life and ministry of service to Christ in His Church he saw many profound changes in the church and in the world. He lived through the Nazi regime in Germany and served briefly in the Second World War. As a younger theologian and priest he witnessed first-hand the discussions of the Second Vatican Council. As a professor and then as an Archbishop he lived in a divided Germany but saw too the fall of the Berlin Wall and the reunification of his homeland. The Second Vatican Council was the universal Catholic Church’s response to God’s love and to Jesus’ command to feed his sheep, Pope Francis said, celebrating the 60th anniversary of the council’s opening.

The council reminded the church of what is “essential,” the pope said: “a church madly in love with its Lord and with all the men and women whom he loves,” one that “is rich in Jesus and poor in assets,” a church that “is free and freeing.” Pope Francis has appointed an Irish Benedictine to lead the Vatican’s dialogue with the Anglican Communion. The Irish Catholic reports Fr. Martin Browne OSB, a monk at Glenstal Abbey in Murroe, County Limerick, Ireland will shortly take up the post in the Vatican’s Dicastery for Promoting Christian Unity.  He succeeds Fr. Anthony Currer as the official for Methodist and Anglican Relations. At times of world crisis, the “habits of division” between Christians must end, the Archbishop of Canterbury said on Wednesday. He was addressing the 11th World Council of Churches (WCC) Assembly, meeting in Karlsruhe, Germany (Comment, 2 September).

Archbishop Welby spoke of the Lambeth Conference meeting in Canterbury over the summer (News, 19 August), at which participants had expressed “huge differences” over matters such as human sexuality. “We found our way forward through, not by solving the issues but by living in the light of Christ, by saying we do not agree, by being honest without excluding one another.”